This is a follow up to my “WHUPPIN’ IS COMING” post. If you haven’t read that yet, you can see it here.

I had started this update the following day but then got sidetracked and am just getting back to finishing it. Here were my thoughts from the day after…

So, the whuppin’ came and went and here I sit, not as comfortable as normal as I’m still able to feel the lesson learned a few days ago. While this wasn’t one of the worst spankings of my life (thank goodness as that was becoming a trend), it was still worthy of the category “Woodshed Whuppin'”.

She had originally told me that she was going to use her meanest belt to spank me something that I dreaded but knew what to expect. She mentioned she might use the cane if I didn’t maintain position but I usually can and so didn’t think that would come to fruition. However, she took off her belt, doubled it over and laid it on the bed. Then she went to the closet and brought out the white cane as well and laid it next to the belt.

Without thinking I instantly pleaded, “But you said you were just going to use the belt?” To which she quickly and tersely responded, “I’ll spank you with whatever I damn well FEEL like spanking you with.”

She started off with a few lashes with the cane to “get my attention”, then went to the belt. She went back and forth with these two implements for a little, with all lashes and swats making me grunt or cry out. Then she went to the closet again and brought out the black leather punishment strap. SHIT! How the hell did I end up going from a belt whuppin’ to all this?!

Then she started with that, then the belt again, then the strap again, then finished with the cane. It was a rough spanking and tears were definitely in my eyes as I was whimpering and almost crying.

She finished by marking “X”s on my backside (the way I do on her when I tease her like I’m going to swat that spot), and she told me that each time I do that moving forward, is going to equal 10 lashes with whatever she wants, in rapid succession. She gave me the example that if I did 3 X’s on her but to be “cute”, that it would be 30 rapid swats/lashes in a row, and if I was LUCKY, she’d switch sides after 15. I believe her and don’t want to go down that road anytime soon.

The last count was thankfully only 5 and she gave them quickly with the cane. Then she told me to come here and I knelt and held her around her waist as she played with my hair. She didn’t have me kiss her feet this time but just told me to pick up and put everything away.

My Queen…always keeping me guessing!

You’re a VERY lucky man and you should thank your stars for it every time you have to stand up for dinner. Sticking to the straight and narrow totally alone is tough. A man is a mule and I hope the Queen uses both carrot and stick, even though you are describing only the stick. I’ve no one to lay into me like that (my wife is disabled) and I’m a worse man for it.

Yes, I put down the toilet seat, but on the inside the stress of trying to behave properly without someone to help by spanking the daylights out of me when I don’t has made my life poorer. I’m 68 and can confidently say that I’ve been getting away with murder for 60 years. The memories of real emotional hurt I’ve caused in women over the years haunt me, as well as the shame in me every time they return.

A very sore bottom now and then is not too big a price to pay for freedom from such shame.

Hi Joseph! Thanks for reading our blog and yes…I agree, I’m a very lucky man. I’m glad to inform you that there is more carrot than stick. We have a very loving, intimate relationship. But when I get out of line or a little mouthy, I get put back in line very quickly. I’ve always had a somewhat high pain tolerance and having been exploring with spanking for many years with my wife, I’ve developed it even more so. With that said, when she “takes me to the woodshed”, she give a very harsh and severe spanking. One that I will feel for several days every time I sit, lean against something or roll over in bed. She is very caring but takes my discipline very seriously. And I love her for it. Sorry to hear you are unable to get the discipline you crave. Perhaps there is someone out there that can help you with that one element. Thanks again for stopping by and hope to hear from you again.

POSTSCRIPT: I tried to give you a five star rating and somehow either I, WordPress, or my private browser made it come out a 2 and I can’t retract it. That is not how I feel and were we neighbors I’d ask your Queen to give me a good one. That’s how it worked in the old days ca. + or -1960. If you and your playmate acted up in his house, you both got it BEFORE your mother got called.

Hey Joseph, no worries. We’re testing out that rating system and it can be a little crazy sometimes. All good! 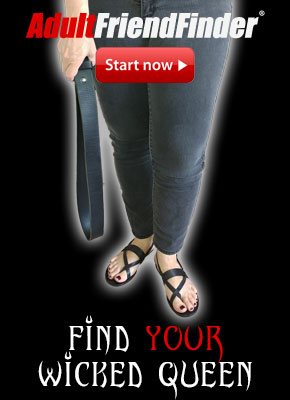 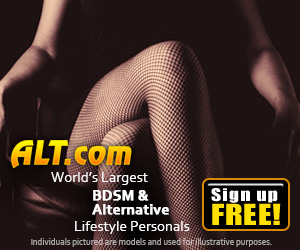 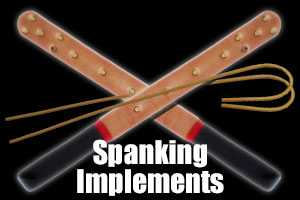 Copyright © 2021. All Rights reserved.
Made with by WPlook Themes
wpDiscuz
4
0
Would love your thoughts, please comment.x
()
x
| Reply