Utilizing Domestic Discipline is something my wife and I have consensually evolved into after years of practicing spanking to one degree or another. For us, we started off playing with spankings before sex “Fun Spankings“. This moved into us doing a little role playing. For one week, she would be my Mistress where she would command me to do certain things and dole out spankings for any misdeeds. The following week, I was her Master and the roles reversed. We incorporated the use of safewords (a word or phrase used to indicate when a spanking session was getting to be too much for the bottom), where we could test our limits and still have an out if we felt the need.

While we enjoyed this type of play for many years, over time she started to enjoy giving the spankings more than receiving them, and I started enjoying receiving spankings more than giving them. Very much in sync with each other! As was the case, it eventually turned into her being a Mistress almost all the time with me making a few guest appearances as her Master.

It was a few years after that, when I suggested trying domestic discipline. My definition of that being…me getting a REAL spanking (bare butt, no warm up, no safeword, one right after another, HARD and often times ending in tears), for any transgressions I’ve done. Accountability on the backside!

She was open to it and we started down that road. What was interesting was how nervous I was before she was about to administer my first “real” spanking. Over the years I’d gotten MANY spankings before and had experienced many times what I call “The Rollercoaster of Emotions” that accompanies a spanking…but this was different. I was nervous to the point of almost being a little scared.

When the moment came for it, it was everything a real spanking is supposed to be. She used her meanest leather belt doubled over and spanked me to tears and then kept on spanking! It was amazing to me how quickly I wanted it to be over from the first couple of lashes. Even though it was familiar and I had been spanked with that belt before, it was always used (in what I now know), at medium strength. And previous “fun” spankings weren’t given one swat right after another. At least not to the level she carried out for this and subsequent punishment spankings. It was very different and I quickly realized that it was NOT an enjoyable or sexual thing at all. It HURT! But again…a real spanking is SUPPOSED to hurt.

She was a natural in this authoritative/disciplinarian position. She was stern and in control the whole time. Not yelling or wailing the belt all over. She just gave me a REAL, very harsh domestic discipline spanking. One that brought tears to my eyes. One that I felt for days every time I went to sit down or lean against something. One that taught me a lesson that I did not soon forget.

There are many ways to be in an “Female Led Relationship” and we’ve evolved into something that works very well for us. For some, FLR indicates that the woman calls ALL the shots and makes ALL the decisions regarding the household, finances and events. The man’s position in this situation is that he does exactly as instructed by his wife or girlfriend. Not what we do but as long as its consensual, safe and sane…more power to you.

For us, it is this…we are loving a couple that respects each other and have discussed and split up various household duties. We make financial and parenting decisions together. I don’t want or intend to be my wife’s slave and she doesn’t want a “whipped”, emasculated man as her lover and partner. Quite the contrary actually. She likens it to having a well-behaved pitbull at her feet, yet one ready to protect at any moment.

So what do we do that makes it an “FLR” (Female Led Relationship)?

Well, she does LEAD…

1) She leads me to the woodshed, to mete out very real punishment whenever I get out of line or fail to do something I set out to do (#RealAccountability).

2) She leads by example. She is a much nicer, kinder person than I am and provides consequences to me when I am not as nice or kind. I don’t mind this at all as it actually cultivates me into a better person.

As in chess, while I am the King and she is my Queen…we all know…the Queen wields much more power. 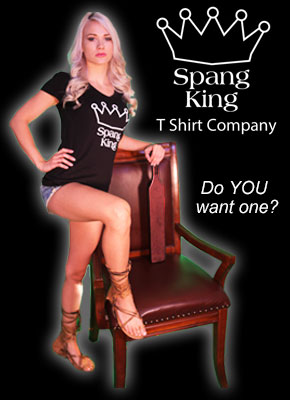 Copyright 2021. All Rights reserved.
Made with by WPlook Themes